Six years ago, Yggdrasil gaming saw the day. And the founding members had one goal, to revolutionise the iGaming industry by creating a new genre of slots. In fact, they wanted to challenge the status quo of games in a market that was, back then, predominantly dominated by NetEnt. And less than a decade later we can safely, say mission accomplished. Indeed, Yggdrasil slots are some of the most popular in online casinos. At least when it comes to savvy players, that is. 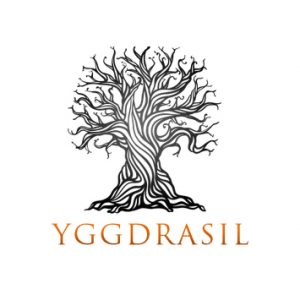 How did the company start?

Yggdrasil received its first game distributor license in 2013. Back then the operator was only licensed by the MGA. If you remember, a few years ago the MGA also covered British players. But we all know that the industry landscape quickly changes, at least in Britain. And Yggdrasil was quick to adapt to the demands of regulators. So, today, they’re licensed by many gaming authorities, including the UKGC and the Gibraltar Regulatory Authority too.

2014-2015 marked two important milestones for the game studio. In fact, they launched their iSense platform which enabled them to only release HTML 5 slots. And in 2015 the game provider also brought its boost tool to the market. The boost tool was back then, truly innovating since it enabled operators to create in-game tournaments. And to this day, only a hand full of distributors can challenge it.

What are the best games by Yggdrasil?

In 2019 they’ve once again demonstrated a significant dose of innovation. In fact, they’ve not only launched their first 3D blackjack game. But they’ve also become a content aggregator. In May 2019 they YGS program enable Northern Lights studios to bring their first game to the market.

Granted that Niagara Falls and its classic look sure was different to existing release by the studio. After all, Yggdrasil is famous not for classic slots. But mainly for offering games with advanced mechanics and achievement builder features too.

With this in mind, some of Yggdrasil’s most popular casino games are The Vikings go wilds series, Nirvana and the Joke riser series too. What’s more, is that everyday pleasure seekers especially appreciate the hilarious twist on the moai statue of Easter Island. Everyone adores Yggdrasil slots it seems. And thankfully, the provider is showing no signs of slowing down either. 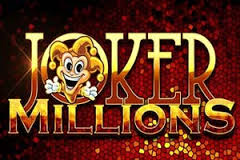 Yggdrasil has a few progressive jackpot slots under its belt. In fact, Joker Million, their network progressive slot frequently makes the headlines for paying out millions to lucky players. And let’s not forget that Holmes and the Stolen Stone keeps on making new fans with its local jackpot that pays live-changing wins to players all over the world. And yet none of these games are as engaging, in our opinion as Empire Fortune which is also famous for rewarding life altering wins.

Where can you play their games

As we said above this provider redefined the status quo of video slots. And for this reason, it seems that there’s a line-up of operators that are waiting to offer their slots and live casino games too. Currently, their slots are available on LeoVegas, Vera&John, and Casumo to name a few. But to get a full list of who distributes their slots.

Make sure to read our UK casino reviews. You’ll see there no shortage of casinos that offer them. Which means there many bonuses you can claim to play them too. But keep in mind that because of the achievement builder features, not all operators will allow you to play their games with the welcome offer. So, read the t’s and c’s carefully to avoid any disappointments and to make the most of their slots too.