VideoSlots is gearing up for a weekend of fun

The weekend always starts early on VideoSlots Casino. And this Thursday, you’re invited to join a battle for extra spins. The first Battle of Slots tournament rounds starts at 18:00 (GMT). And the bell for the last rounds sounds at 22:00 (GMT). If you’re unfamiliar with VideoSlots’ Epic Thursdays and Battle of Slots. Well, it’s worth knowing that there 2 types of tournaments players can take part in.

The first one is the standard 10-man Battles and requires a 10p per rounds wager. And the second tournament type is the 30-man Battles which requires a minimum stake of 20p per rounds to join in on the action. Most tournaments last around 10 minutes. The games to play to qualify for the extra prizes are Midas Golden Touch by Thunderkick and The Wish Master by NetEnt. But for more information, you can check the promo page on VideoSlots Casino. 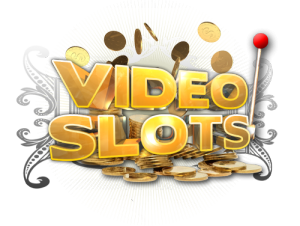 Any new games worth spinning?

Most of you know that VideoSlots always keep its lobby fresh with new games. And this week it was no exception since a total of 16 new slots went live. One of the most exciting new slots is certainly ted, which banks on the popular movie franchise to entertain. And another game that will surely draw in the players’ attention this weekend is Ozzy Osbourne by NetEnt.

But the truth is, Ozzy is not the slot that is making the most noise nowadays. In fact, this honour is for, the one and only, Vomiting Unicorns by Gamevy’s. And it’s no surprise really that this 30 paylines, 5 reels, 4 rows is the talk of the town. Indeed, it has a unique name for sure, but it also has a bespoke jackpot spin feature which can be quite rewarding apparently. So, which game will you take for a spin next?