It’s kind of hard to fathom that Scientific Games has had a working and collaborative relationship with Gaming Realms for over 20-years. But back on point and the news. Where the two have seemingly found a productive and fruitful way to work together. And it’s not only our speculations and fact assumptions that help us arrive at that conclusion. As spokespersons from the long-lasting partners addressed the matter and confirmed the continuation of the successful working relationship. On that note, let’s get you all up to speed with what the two have planned for the future.

The new 4-year deal will see that Scientific Games continue delivering on its promise to Gaming Realms indeed. Including keep on producing slots, draw-based games, terminal generated and scratch cards or games. In essence, the big seller, all the Slingo branded products. So basically, this means that, with the renewal, Scientific Games will keep on doing what they do for Gaming Realms in all its operational markets, on UK online casinos included. Commented on by Michael Buckley at Gaming Realms, the executive chairman. “We are happy to extend our licensing agreement with Scientific Games”. But, also that, “We look forward to continuing our work together for the enjoyment of players”. 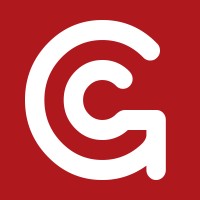 As of now, over 550 million tickets, valued at around £1,46 Billion ($1.7B), has come out of the partnership. As such, it’s easy to see why the partners like to extend the deal. In fact, in the past 12 months or so, Slingo related products are up by 26%. But more impressive is the retail sale figures from May 2020 to May 2021. That boast with a massive, 87% increase. Where Liz Johnson, director of lottery licensed properties for Scientific Games, included that, “The games also include an instant win feature for players to win an instant cash prize”. Why is this important, you might wonder? Well, hypothetically speaking, it could be a special notice made for the UK player base as we currently see a. “Package of strict measures” from the UK Gambling Commission’s side slowly spreading on the market.