Rainbow Riches brand gets a go-ahead

One well-established brand and most played title in the online casino space is, without a doubt, Rainbow Riches. As such, it’s happy days for fans out there that like to see some new ideas and games hit the market surrounding the theme and character. This after Gaming Realms secured a continuation of it’s already issued license from Scientific Games. Meaning, we are in for some, hopefully, groundbreaking titles coming our way pretty soon. Moreover, did you know that Slingo Rainbow Riches previously produced by Gaming Realms places on a top-5 position in performance since its launch? Leading to the next thought, what will they dream up of next? That we are not sure of, but guessing something that speaks to the broader audience. 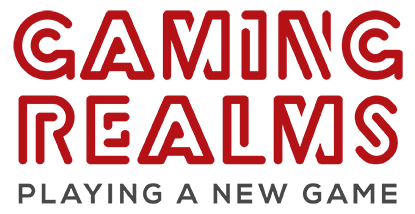 According to Gaming Realms, CFO Mark Segal. Their contribution to the online casino world and Rainbow Riches, in particular, is an. “Ever-increasing audiences, globally”. And we have to agree, as the series and brand have come in all shapes and forms. This includes Slingo, naturally.

But also numerous regular adaptations to fit seasons or specific themes. And even in mega ways modifications. All in all, the now Legendary, Rainbow Riches brand is here to stay and entertain future and current fans. Additionally, Mr. Segal commented on the extended trust by adding. “We happy to renew our license with Scientific Games” but also that they.” Look forward to continuing to work together to bring unique and innovative games”.

If it’s not broke don’t fix it

Indeed, the continued trust comes with supporting words from Scientific Games. “We’re more than happy to extend our licensing partnership”. Commenting on the fact that it has been an overall success enticing a large and vast player pool in many markets.

Furthermore, also mentioned that they were “excited” to see what will come out of the partnership in the future. In fact, aren’t we all? We at casinoservice.org/uk/ sure are. So, let’s cross our fingers and think happy and thrilling thoughts for the upcoming titles.