As reported, on February 28th. NetEnt’s former and highly successful CEO, Therese Hillman step down as the captain of the premier producer. Where the announcement diden come more than a few months after Evolution took control of the larger NetEnt organization. This, in an acquisition deal of December of 2020. Luckily speculations never really happen after her departure. When Hillman left her post with a statement reading in part. “Our group integrates to Evolution and is in the best of hands”. But, let’s head to the exciting part of the news. That former NetEnt CEO caught the attention of a leading betting media group, namely Better Collective. 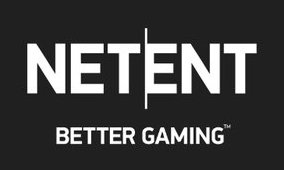 According to Better Collective. Hillman’s name got thrown into the mix months ago with the suggestion that she should pull up a chair to the board room table. However, the appointment lingered until the board held its annual general meeting on April 26th. Although, even if we are guessing now, the decision was not that hard to make. Meaning, who wouldn’t like to have such an industry-heavy hitter on its team? After all, Hilliman is one of the more influential personalities in the gaming industry. Plus, it was not only a new board member that found its place. As the points of the annual meeting got picked off one at the time. Previous board members got continued trust to keep their positions.

A leading supplier in its field

The core business of Better Collective is to. “Develops educational platforms within the iGaming industry”. Where the organization instills a lot of trust in its core value, transparency. Basically, their mission is to make gambling entertaining and fair for all players. Now, if we look at the reported number. Better Collective is doing exceptionally well after a successful round of acquisitions in 2020, driving the yearly growth substantially. More precisely, in the 12 months leading up to December 2020, the revenue was up by 35.3% or £79.4 Million (€91.2M). On the other hand, reported profit lands on an impressive £19 Million (€21.9M), equal to 57.6%. To sum up, great news for the industry as a whole with the Hillman addition.