Getting early in on predicted success is vital to growing your audience and brand. And one up and coming creative games creator is Tech4Bet. By which is relatively new to the online casino scene, with its foundation poured in 2019. However, this has not stopped iSoftBet’s keen eye for talent. As mentioned parties recently shook hands and signed an agreement to become the latest contributor to the popular, game aggregation platform (GAP). Yet, Tech4Bet is somewhat new to the industry. So, what could you, as a player, expect and look forward to? Well, you are in luck, as we are about to lift the lid of this self-proclaimed, energetic and flexible company. 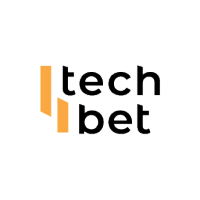 First, let’s point out that signing a deal with such an established, online games supplier and content aggregator like iSoftBet, opened a new set of doors. And this no matter the size of your operation. Now, in regards to the latest edition of the GAP platform. Tech4Bet, for sure have their main priorities straight, stating that they are a data-driven modern company with fast integration. That focuses on delivering video slots speaking but more importantly fills the market needs. And this includes titles like Fruit hell plus, wild joker 40, and a market pleasing game called, Book of Adventure. However, as of now, the selection of available titles encompasses a narrow selection of around 20 titles in roughly 4 themes. How the overall audience will receive the new contributor remains to get seen.

If we have to describe Tech4Bet games, it would be as the title reads. Although, before you get too excited, worth mentioning is that we believe that they target one specific audience, at this moment in time. Namely, the classic video slot player that wants better graphical elements to a simple but yet fun video slot experience. But don’t misinterpret the statement. As there is absolutely nothing wrong with the titles currently on offer. They simply come delivered in a scaled-back format. Where the focus is on playtime, rather than a heavy paytable with fancy features and out of this word cut-scenes. Additionally, if you want to give any of the titles a spin, you can do so on any trusted iSoftBet GAP contributors in the UK.