When we are going to look back in history and list the most influential companies in the industry, Microgaming will be a top contender to the number one spot, without a doubt. Where the multiple award-winning online casino software provider has proven, time after time, their leading stature. And not only was the provider one of the first companies to push out the boat in general of the concept of online gambling. But also made sure and helped out the industry to survive all kinds of hurdles. Yet, what most players and industry experts associate Microgaming jackpots with are two things. First, the vast amount of titles and collaborating partners. But also their introduction of the jackpot network. Which includes Mega Moolah and its siblings, Major Millions. And its latest contribution, WoW pot. So, if you want to get the newest news surrounding the jackpot selection from Microgaming, just read on.

Microgaming jackpots got started with a cash splash

One little not so talked about fact, is that Microgaming basically released a series of progressive titles online as early as 1998. By Which went by the larger and collective name, Cash Splash. Although, as of now, mostly fallen into a memory. Especially with the introduction of the modern take of the jackpot network and its games. In essence, while some games still remain, it operates in the rather large shadow of Mega Moolah and WoW pot. Plus, did you know that Microgaming also released a less played and not so covered, Major Millions, also part of the jackpot network.

The mother of modern jackpots, Major Millions, came on the market in 2005 and is still creating millionaires on its games. Yet, not as covered by the news outlets in the industry. However, the latest larger win came on July 20th 2020, when a UK-based player staked £3 and won an impressive £1,497,940. By which were the 3rd million wins that year on the Major millions.

A well-known name in the business, both from the industry players as well as the end-user, is Mega Moolah. Which took its first step into the online casino market in 2006. That has, in the last year, picked up some excellent traction with the expansion of more and more titles. And we are starting to see a steady stream of new and exciting names getting added to the network. But what is so impressive about this jackpot is that we have seen record wins happen time after time. In fact, Microgaming jackpots is forever in print onto the pages of Guinness world records in 2016. “The largest jackpot payout in an online slot machine game”. Though, not persisting to date. Plus, the original Mega Moolah where the first game connected to a jackpot network to drop via mobile device in 2013. So, in essence, another world-first. 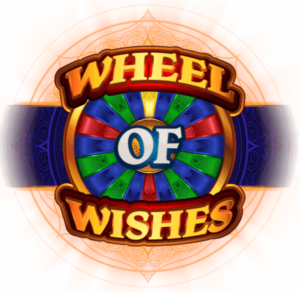 For the latest addition  to Microgaming jackpots, we have a WoW pot, which started with the introduction of the Wheel of Wishes video slot in 2020. As the concept is by now tried and tested and highly liked by the players, Microgaming has spared no time adding titles to the WoW Pot network. And we have seen titles like Sisters of Oz, African Legends and the latest large win game, Book of Atem. On April 13th, as of this year, it hit its first double digits million win, when £15,039,837.01 fell.

There’s no hiding the fact, Microgaming is the leading force when it comes to jackpots. And not only in size but also the time it takes for the amount to add up to something truly extraordinary. Additionally, up to date, the complete payouts on all three different jackpots from Microgaming. Meaning Mega Moolah and Wow Pot. But also Major Millions, which sums up to around £1.1 Billion. That’s Billion with a B. So the question is, what’s the next step for the software provider to enter the record book once more. That we don’t know, but what we do know, we are definitely going to see some sort of new record soon.