As an online brand whose goal is to entertain responsibly, LeoVegas understands that savvy players love to try games first. And so they’re banking on their partnership with Yggdrasil to catch your attention the next time you’ll visit them.

Indeed, on November 14th, the award-winning studio, Yggdrasil, release an action-packed game Avatars: Gateway Guardians exclusively on LeoVegas brands. And since it went live it’s not left the prime position in their lobby. So it could either mean that the game is a real gem. Or that it’s a good bet for all players’ type. So it’s worth bragging about. Anyhow, let’s see why LeoVegas opted to commission Yggdrasil for a new game and what it looks like. 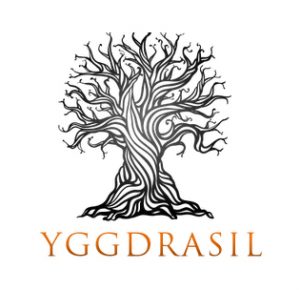 It’s undeniable that from the moment you’ll launch Avatars: Gateway Guardians you’ll realise that it’s actually not your traditional slot. In essence, the game consists of a 4 tiers bonus wheel with 2 play area.

The first play area replaces the standard reels, and it’s a mega wheel. So, as you set the wheel in motion, your goal is to match symbols to complete faces and win. To complete a face, you’ll need the 3 tiers of the central wheel (5 standard areas and 1 hot spot) to display matching symbols.

Now it’s worth knowing that you’ll have access to the second play area only after winning on the hotspot. The second play area really adds excitement since it contains multipliers (worth up to 101x stake). And special features like free spins as you’ll read in the paytable.

more about the gameplay

It might indeed take you a few rounds to get used to the new spin mechanic. But another way to simplify the gameplay is to think of Avatars: Gateway Guardians as a 6-8 reels and 3 rows slot with hot spot and 6 paylines. Yggdrasil has admitted that this game is quite high on the volatility index. But still, it gives fair winning odds thanks to its 96.3% RTP. The max win, on the other hand, is worth 2525x a player stake. So, will that be enough to tempt you to try it?