That the wild west themed video slot has gained some considerable fan following is quite evident going into 2021. Where we saw countless titles brought to market in 2020 from various game producers. However, most of the released video slots fell in line with what most players expected. And to be fair, quite generic in presentation and playstyle, with a few exemptions. Where we now learn that iSoftBet is ready to take on the genre, with a twist.

The title we are talking about is, of course, Bounty Belles. Suggesting, that you have to dust off your cowgirl hat and ride into the sunset accompanied by 3 female bounty hunters. Yet, as of now, iSoftBet has not revealed the exact release date. Though we have got our hands on early release notes, that quite thoroughly explains the features and what to expect. 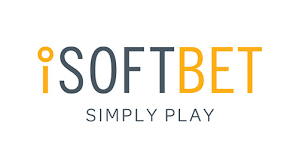 A good base to stand on

As for the basic framework and gameplay. It presents on a dynamic 5-reel and up to a 5-row play, with a base 243-ways to win. Still, the paylines have the possibility to increase to massive 1,125 combinations, via triggered features. This includes “Wild Bounty Mode” and naturally free spins. Plus an exciting extra in the free spins game, “Deadman’s Draw”. Basically, during the free spins, at random the feature triggers launching a shootout.

Where, the players view displays standard playing cards that then get picked off, or shoot down one by one. And this until only one card remains, which holds a multiplier value, applied to the upcoming free spin. Said to have a max win of 10,877x your bet, with a return to player (RTP) of 95.99%. In essence, a decent wild west themed video slot with some hidden surprises. The question is, will it rival the competition?

As all game producers use this genre, the sample pool is gargantuan. As such, breaking through is hard. Nevertheless, Bounty Belles delivers an enough and lasting experience, making it worth trying out. Although, after giving the game a test, it has to get said. iSoftBet’s take on the theme does lack some polish and refinement. Meaning, if you are a fan of the wild west and its video slot adaptations, you will probably love it.

But, and it’s seemingly always a but. As a stand-alone title, it has some ways to go. What we try to say, iSoftBet has brought us some of the industry’s must-have-titles where Bounty Belles find itself a bit short. And land somewhere in-between Red Tigers, Bounty Raid, and Pragmatic Play’s Wild West Gold. Now, if you like to give Bounty Belles a spin, you can do so via operators like Casino Heroes.