Get the first look at Jammin’ Jars 2 features

In fact, since the iGaming studio Push Gaming announced their sequel game would go live on June 2nd. Many fans of the original slot are looking for clues about the gameplay. This way, they can get the first look at what Jammin’ Jars 2 will look like.

Thankfully today, we hope to be able to answer many of your questions. This is because the rising-start developer has recently released some game sneak peek. And casinoservice.org/uk had a chance to get a look at the summer hit. So without further ado, let’s give you all the detail we know about Jammin’ Jars 2. After all, this game will give players the chance to win up to 50,000x. It’s no wonder many are curious about it. So, knowing how you could win it could make the wait more bearable. 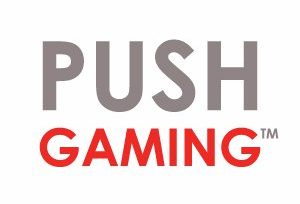 Jammin’ Jars 2 – the same groovy layout but with a D.J.

At first glance, Jammin’ Jars 2 looks to have everything to entertain players. Indeed, the game boasts the same 8×8 grid. But, Push Gaming has added a new meter feature with 5 different levels. This means that players will collect Gold Vinyl symbols to see the meter on the left-hand side of the reel rise. When it’s full, they’ll see the most exciting feature of the game besides the free spins, which is the new Giga Jar mechanic.

When it comes to the Giga Jar feature, Push Gaming keeps its card close to its chest. However, it looks as if it’ll be a sticky colossal symbol that’ll remain on the reel for a set number of rounds. But the studio’s not confirmed it yet. What we now know is that Jammin’ Jars 2 is a cluster pays slot with a high variance. And one that we can’t wait to try.