Today, June 24th is a massive day for the online gambling industry. Indeed, not only did the dawn shined the light on a possible takeover that no one could have predicted. But it’s also the official launch date of a trademarked mechanic pioneered by none other than Big Time Gaming (BTG).

The new MegaClusters feature is going live exclusively on Scientific Games’ OGS platform and via the launch of Star Clusters video slot. At first, mostly Flutter Entertainment casinos will distribute it. But if the Studio repeats their Megaways exploit, it’s fair to assume the MegaClusters feature could spread like wildfire.

After all, Nik Robinson, BTG’s CEO, described it as “literally a game-changer” for the online casino industry. And one he’ll bank on to create new games as well. But how do MegaClusters take the gameplay of cluster slots to the next level? Well, let’s explain it, and you’ll see it. 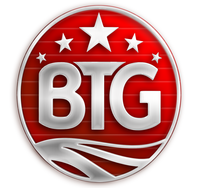 Enhancing the players experience with more ways to win

As you may know, cluster games like NetEnt’s Aloha completely obliterate paylines to favor payouts in groups. So, they’re ideal slots to play if the payline concept isn’t one you’re familiar with. After all, many puzzle games use this concept on social media. So the principle is easy to grasp.

But MegaClusters take the payments in groups to the next level. This is because winning clusters can split into multiple and yet smaller ones. So a standard 4×4 grid that would generally host 16 symbols now allows players to make winning combos on 64 tiles. And this is quite special as most cluster pays slot award payouts for 30 symbols or less. But the best is that BTG has also added win multipliers into the mix.

So it’s no wonder Scientific Games said that Star Clusters as a breakthrough slot. And once they’re happy to offer exclusively on their ecosystem.